Renate Hammond is the founder of room for humour, a visual arts project specialising in the representation of humour in contemporary art. 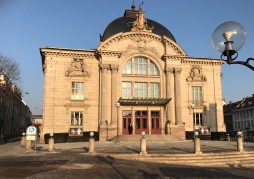 DREAM PATHS + THE COURSE OF TIME

Reinhard Schlüter's passion for writing, drawing and painting began in early childhood and continued all through his life. While working as a construction engineer he published more than 1500 cartoons in newspapers and magazines. In the 1990s he gave up his career as an engineer and started professional writing (primarily books and radio broadcasts, e.g. for the "Bayerischer Rundfunk", the Bavarian Broadcast ) and 15 years later professional painting - the latter by specializing in Old masters' style. The central themes inhis artistic work are portraits and "animal metamorphoses”. Reinhard Schlüter lives and works in Fürth (Bavaria).

After training as a book printer, Heinz Thurn initially studied graphic design at the Academy of Fine Arts in Nuremberg from 1970 to 1976, but then turned to painting, with which he combines a more exciting process of dealing with the work. Among the eighty five percent of artists (not just visual artists) who feed on a different profession are the courses for high school students in various printing techniques Thurn's “bread and butter”. Heinz Thurn lives and works in Nuremberg.

Pushing the Boundaries of Reality

FÜRTH - One of the first things that catches the eye about Heinz Thurn's work is its colourfulness. In the case of Reinhard Schlueter, whose pictures hang on the other side of the foyer in the Stadttheater, it is the animals in human clothing - especially those whose iconic human models can be identified at a glance.

"Dream paths and the course of time" is the title of the exhibition by the two Franconian artists that John Hammond's Fürther Art-Agency has been presenting in the Stadttheater for a few days. Author Herbert Mundschau, who held the laudatory speech, describes Thurn's pictures as "shaking the limits of reality". He deals with the four elements fire, earth, air and water, but always lets them merge strangely.

Play with the unexpected

The spaceship on one of the works is reminiscent of a jellyfish swimming in the blue sea, followed by tadpole-like creatures. The pictures radiate something primary, naive, without being naive; they play with snake-like skinny people, incorporate elements of African art, combine the normal with the unexpected. Thurn's dream worlds are plump, colourful, gloomy and seductive.

"Idiosyncratic Satires" are Reinhard Schlueter's paintings. The civil engineer, born in 1948, who was married to the Austrian Maresy, whose work is currently the focus of a new project in the Auferstehungskirche about (largely forgotten) female artists in Fürth, is an author and painter who, among other things, worked for the Bavarian Radio and drew cartoons . In the pictures of his current exhibition, artistic citation and alienation enter into a connection.

Pope Francis, for example, is sitting on the Chair of Peter, annoyed or tired, one does not know exactly, he has his head propped up on the side - only it is an owl that can be seen there in white regalia. Albrecht Dürer is shown in his famous self-portrait; however, his long hair is the ears of the Irish setter who portrays him, and as Vermeer's "Girl with a Pearl Earring" a lamb gazes thoughtfully into the distance.

Animals in human clothes and poses: What is an almost shameful anthropomorphization on kitschy "art" prints or in YouTube cat videos, which degrades humans and animals alike, works with Reinhard Schlueter more in the sense of the fable, which is actually not from animals, but rather exaggerates human characteristics.

His satire always remains "fair", as laudator Mundschau emphasizes, even with a subject like Donald Trump, who presents his striking world in a picture with hair blown by the wind - including a Donald Duck figure and a gun.