From 1968 until 1972 Roland Fürstenhöfer studied at the Academy of Fine Art in Nuremberg, textile design under Professor Eusemann.


Painting means for Roland Fürstenhöfer to represent the forms of the universe according to their own laws of harmony. When he paints, his whole feeling is concentrated in the tip of the brush. He is enthusiastic about the colourfulness and variety of forms in the Oriental countries as well as about the culture of the Chinese and the North American Indians. This inspiration can be easily recognised in his colour etchings and mixed techniques on paper, canvas and wood. Since he prefers the small format, he invites the viewer to come very close and to experience in his pictures what is happening in them. And when you get involved in these worlds, you will reappear out of everyone with the wondrous feeling of being far away and still being yourself. In his pictures, Roland Fürstenhöfer likes to tell stories about foreign cultures. Travel to European countries, North Africa, Arabia, Asia and North America has inspired him to poetic imagery. 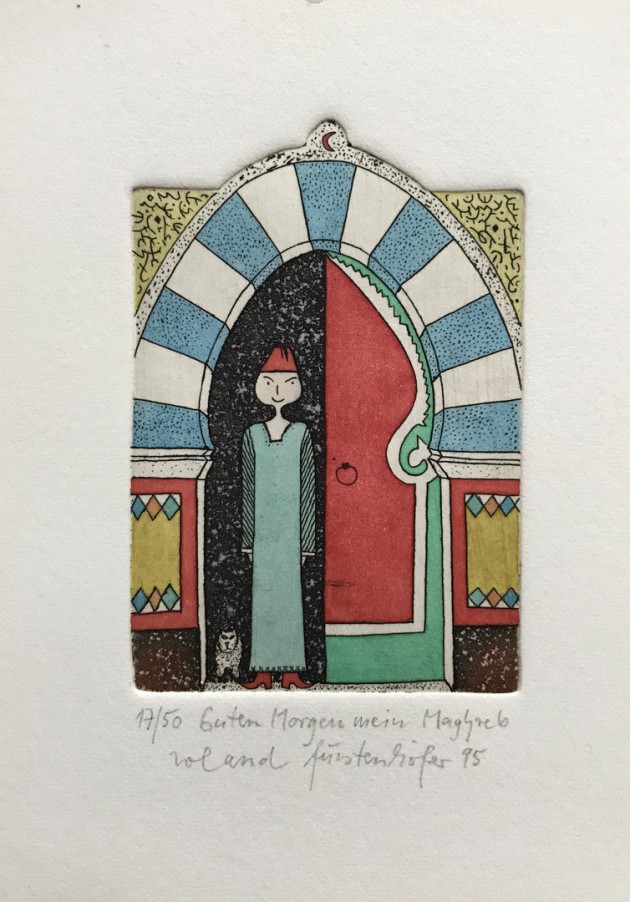 A present from Roland Fürstenhöfer to John and Renate Hammond on the occasion of his solo exhibition at the Sparkasse Fürth in 2019.