Wounds of the soul﻿ 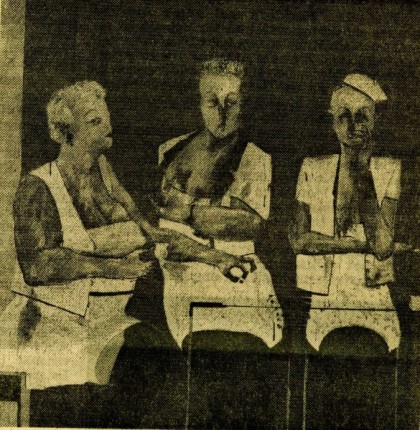 Fürth - Charles Baudelaire sits in a room in a significant pose. Brilliantly are physiognomy and gesture of the poet reflected along with a curl on his high forehead. But the person is injured. Baudelaire's face and legs have bloody wounds. However, the viewer of this picture quickly guesses that these are no external injuries, which are shown here, but incarnated emergencies of the soul. Specialist in this theme is no other painter in our region as much as the Nuremberg-based artist Manfred Hürlimann. In the fixation of such psychological wounds developed the 1958-born artist - he was trained as a church painter before studying at the Academy of Fine Arts in Nuremberg under Professor Vogelsamer - in recent years sometimes an even more frightening perfection.

The status of these increasingly sophisticated and impressive composed notes from the pandemonium of human inner conflicts and atrocities can be currently seen in Fürth. The Galerie am Theater is showing until 1 August new pictures and drawings by the originally as well as originary Frankish art loner.

Less than a year ago Hürlimann had - as it was repeatedly reported - in Forchheim with one of his works provoked an equally embarrassing as eloquent provincial farce. Self-censorship and art mediocrities prevented an exhibition, which should be held on the subject "signs and faith" in the town hall foyer. In addition to works by other Franconian-based artists also Hürlimann's sensitive haunting Madonna Diptych was announced. But Forchheim declined a challenge on the idiosyncratic vocabulary by this painter. However, the discredited work was subsequently unopposed to see in Egloffstein and Nuremberg. And that a Hürlimann painting is even in the Bavarian State Painting Collection, in the meantime might have transpired to Forchheim.

Now then the small but highly impressive exhibition in Fürth, which demonstrates, how consistently this virtuoso painter and draftsman goes his uncomfortably way. As always, his pictures are telling of injuries and deformities. But the ever-new versions of the old theme do not wear out, as one might suspect possibly, in tedious repetitions.

In his tunnel of horror ride through the horror-abysses of the human condition this artist discovers a time and again other facets of horror. That he isn't amused and that he is a chronicler of suffering and no arty-driven voyeur this is the great seriousness, with which Hürlimann deals with even the most gruesome subjects. Like a surgeon dissects Hürlimann with brush, pen and sometimes perfidy, the inwardly disintegrated people. This has often shock effects - but perhaps these are wholesome lessons!