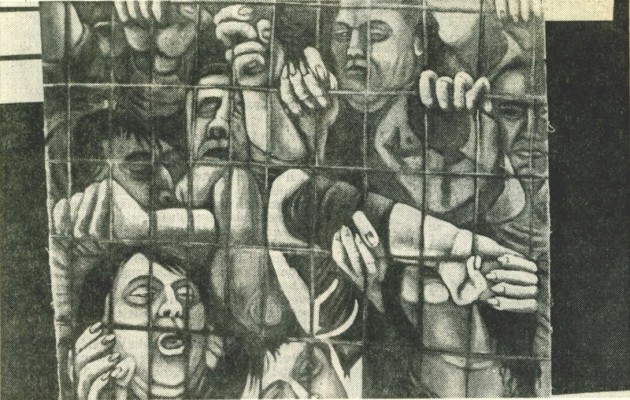 Passers-by are viewing a poignant scene in the art showcase window of the Commerzbank in the Rudolf-Breitscheid-Straße. Images of the disaster at Heysel-Stadium remind of bodies pressed against the fence and tortured faces in close-up. Renate Höllerer-Hammond, the Fürth-based painter has already adopted the mass hysteria as the subject for the last Art-Nuremberg. In the meantime, the painting on display was extensively reworked. Her themes the artist remains uncompromisingly faithful. With sharp irony and caricaturing line she draws attention to weaknesses of society and individuals. Born in Auerbach she studied art under Clemens Fischer in Nuremberg and runs an art gallery in Fürth since many years. Photo: Vrbata